Thank you for listening to Classical Music Discoveries! The #1 Classical music podcast in the world! We would LOVE to hear ...


by Classical M...
x
take it with you

Rosmonda d'Inghilterra (Rosamund of England) is a melodramma or opera in two acts by Gaetano Donizetti. The Italian libretto was written by Felice Romani originally for Coccia's Rosmunda (1829). It is based on the legend of Rosamund Clifford (The Fair Rosamund).

This opera was the first of Donizetti's excursions into the Tudor period of English history, and it was followed in 1830 by Anna Bolena, (which was based on the life of Ann Boleyn, the second wife of King Henry VIII), then by Maria Stuarda (named for Mary, Queen of Scots) which appeared in different forms in 1834 and 1835. All represented the interests (even obsessions) of many Italian composers of the era, Donizetti's included, in the character of Elizabeth I, whose life he was to explore further in 1837 in his opera Roberto Devereux (named for a putative lover of Queen Elizabeth I.) The leading female characters of the operas Anna Bolena, Maria Stuarda, and Roberto Devereux are often referred to as the "Three Donizetti Queens."

It is one of four operas by Donizetti dealing with the Tudor period in English history—in composition order, Il castello di Kenilworth (1829), Anna Bolena (1830), Maria Stuarda (named for Mary, Queen of Scots, it appeared in different forms in 1834 and 1835), and Roberto Devereux (1837, named for a putative lover of Queen Elizabeth I of England). The leading female characters of the latter three operas are often referred to as "the Three Donizetti Queens."

Anna Bolena premiered on 26 December 1830 at the Teatro Carcano in Milan, to "overwhelming success." Weinstock notes that only after this success did Donizetti's teacher, Johann Simon Mayr, "address his former pupil as Maestro." The composer had begun "to emerge as one of three most luminous names in the world of Italian opera", alongside Bellini and Rossini.

This broadcast is from the CMD Archives.
This live recording was recorded on April 14, 1957

Members of our CMD Paris Philharmonic in Orleans perform -

Lakmé is an opera in three acts by Léo Delibes to a French libretto by Edmond Gondinet and Philippe Gille.

The score, written from 1881–1882, was first performed on 14 April 1883 by the Opéra-Comique at the (second) Salle Favart in Paris, with stage decorations designed by Auguste Alfred Rubé and Philippe Chaperon (Act I), Eugène Louis Carpezat and (Joseph-)Antoine Lavastre (Act II), and Jean-Baptiste Lavastre (Act III). Set in British India in the mid-19th century, Lakmé is based on Théodore Pavie's story "Les babouches du Brahamane" and novel Le Mariage de Loti by Pierre Loti.

The opera includes the popular Flower Duet (Sous le dôme épais) for a soprano and mezzo-soprano, performed in Act 1 by Lakmé, the daughter of a Brahmin priest, and her servant Mallika. The name Lakmé is the French rendition of Sanskrit Lakshmi, the name of the Hindu Goddess of Wealth. The opera's most famous aria is the Bell Song (L'Air des clochettes) in Act 2.

In contrast to other French operas of the period, such as Bizet's The Pearl Fishers and Massenet's Le roi de Lahore. Lakmé does more than simply capture the ambience of the Orient seen through Western eyes. The subject of the opera - which has a contemporary setting - is in fact the colonialism of the British army in India, focusing on their poor attitudes towards Indian cultural systems and the Hindu religion. It was suggested by Gondinet as a vehicle for the American soprano Marie van Zandt.

This broadcast is also available on YouTube at:
https://youtu.be/JfV8r34oFdk

Members of our CMD Grand Opera Company of Venice perform -

New York pianist-composer Jane Leslie has created her own signature 'crossover' style, blending elements of classical and popular music with beautiful melodies that convey a sense of peace, and touch the heart of the listener.

She has been honored with several ASCAP Awards for her music, and holds Bachelors and Masters degrees from the Juilliard School, and a Doctoral degree from the Manhattan School of Music. Her recordings of her original piano music can be heard on radio stations and podcasts, and are available on all the major music streaming sites.

We will be hearing Jane Leslie's piano solo called “Floating,” which was recently released as a single recording. “Floating" will also be part of her upcoming album “Ocean Suite,” which will be featured on this podcast when it is released in the near future.

La fille du régiment (The Daughter of the Regiment) is an opéra comique in two acts by Gaetano Donizetti, set to a French libretto by Jules-Henri Vernoy de Saint-Georges and Jean-François Bayard. It was first performed on 11 February 1840 by the Paris Opéra-Comique at the Salle de la Bourse.

The opera was written by Donizetti while he was living in Paris between 1838 and 1840 preparing a revised version of his then-unperformed Italian opera, Poliuto, as Les martyrs for the Paris Opéra. Since Martyrs was delayed, the composer had time to write the music for La fille du régiment, his first opera set to a French text, as well as to stage the French version of Lucia di Lammermoor as Lucie de Lammermoor.

La fille du régiment quickly became a popular success partly because of the famous aria "Ah! mes amis, quel jour de fête!", which requires the tenor to sing no fewer than eight high Cs – a frequently sung ninth is not written. La figlia del reggimento, a slightly different Italian-language version (in translation by Calisto Bassi), was adapted to the tastes of the Italian public.

Members of our CMD Grand Opera Company of Venice perform -

Your donations make this
podcast possible.

x
take it with you 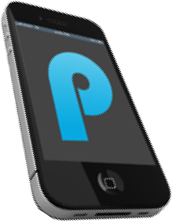 Listening to podcasts on your mobile devices is extremely convenient -- and it's what makes the podcasting medium so powerful.

You can take your favorite shows and mixes with you anywhere, but to do so requires some quick and simple steps.

Let's walk you through that process together.
step 1:

This will require that you have the iTunes software on your computer. 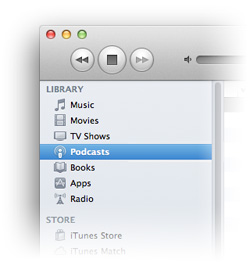 Now that you've subscribed to the podcast on iTunes, the feed will display in your "Podcasts" section on the left navigation bar.

Click there and you'll see the show displayed in the iTunes browser.

You can "get all" to download all available episodes or just individual episodes.
step 3:


Plug your mobile device (iPhone, iPad, iPod) into your computer with the Dock Connector cable, and click the device in iTunes's left navigation bar.

Once you have your device highlighted, click "Podcasts" in the top navigation bar and sync the podcasts you want on your device. Click "apply" and the episodes you have downloaded on your iTunes software will sync with your device.
that's it!

The beauty of this process is that now, every new episode of your subscribed podcasts will automatically sync to your device every time you plug it in and open iTunes. You can now take your favorite shows with you everywhere you go.

Email
Email a friend about this podcast
x